I toured the latte out of Deep Heat. My third album. It’s a cracker. Saucy and bombastic. That’s how I felt when I wrote it. I didn’t feel that way by the time the touring was done.

I decided to relocate to The America. ‘The hero must leave home’ right? Who said that? Fool. I’m no hero, but I am a fool. I gave it a crack.

The move was significant in a few ways. Professionally, I wanted to stretch. Offer what ever it is I got to the Yanks. Emotionally I wanted to stretch too. Understand my reach. There was an undeniable aspect of romantic self-sabotage too. I nailed that. Ten out of Ten Gow. (hmmm, third person. That’s new territory for Gow)

For one reason or another I set up shop in Portland Oregon. Gee wiz, Portland is beautiful. Like a fairly tale. And weird. Like a fairy’s tail. Portland was weird. Beautiful, but totally weird. And not in a charming ‘I don’t play by the rules’ way, just plain old ‘you guys are weird, I have made a big mistake’ kind of way. In Portland I put together a version of Oh Mercy with Rohan on the drums and a couple of lovely and kooky locals on bass and keys. We flew to New York and played CMJ. CMJ is a music festival of sorts. NY music venues open up their doors to band from all over the world for a week. It was wild and very enjoyable. Oh Mercy trans Pacific were ‘ready to rock’ I decided to book a show at my favourite Portland bar. It’s since closed. I was called Langano Lounge. It lay beneath an Ethiopian restaurant. It was fitted out looking like some male teenagers ultimate living space. TV playing Point Break continuously. Rock and Roll. Cheap (CHEAP) drinks. It ruled. And it was less than 30 meters from the house I was living in. I got us booked. We weren’t even advertised as Oh Mercy. We were printed as ‘The Australians’ in the local rag. We crammed 150 people in there. It was ‘”the busiest fucking night we’ve ever had man, you dudes are alright!”. I carried my gear home, fell asleep for an hour. I went back in my pajamas. Portland is weird, no one noticed. Luckily I didn’t get aroused. It would be really obvious in pajamas. I once heard someone describe having an erection as ‘packing heat’. That’s funny, I think.

I read a lot of Raymond Carver in Portland. He is one of my favorite writers. And significant in that someone very important to me introduced me to his writing. We were both deeply moved by his stories, his insight. He has ‘reach’. 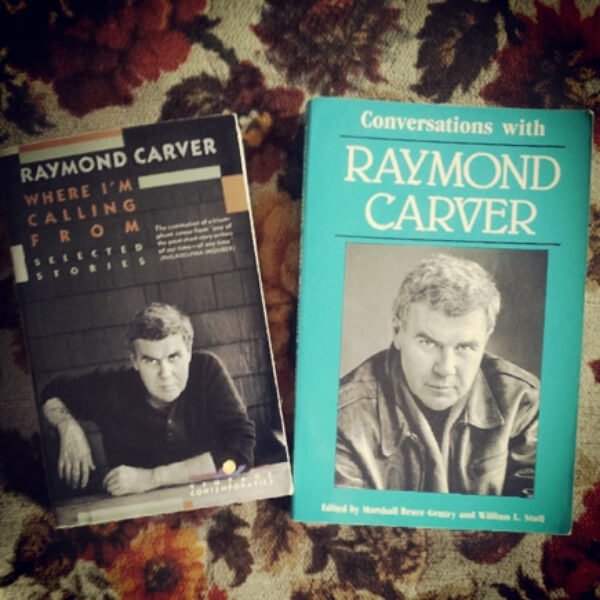 The new year came around. I was feeling pretty sorry for myself (nice one, dick head). Generally confused. I decided to ‘change tune’. I decided to head south and write some of the music.

I did some co-writing sessions. I did co-write a few good songs. Though I like them less than songs I wrote on my own. When you get your mitts of the album you will observe that this album is very personal, lyrically. That idea obviously isn’t overly conducive with co-writing. Still I got some sweet lattes out of it.

I lived in a funny little studio apartment in SIlverlake LA for a couple of months. I swam in the Glassell Park pool and jogged around the SIlverlake reservoir. I drank at the Thirsty Crow. I continued to feel sorry myself (HA!) and wrote some pretty good songs. Including one of my favourites, it’s called Without You. I look forward to y’all hearing it.

Bougainvilleas were looking unreal at this time of the year. Spring was the time of year. Very romantic. I would wake up to a carpet of fuchsia coloured petals; they could blow under my door during the night and morning.

Back to the fuchsia. Good one.

I bought me a car. A long white one. German. Technically it was the first car I owned (in Melbourne I had a van). It was beautiful and had it’s own vibe. Which was great because I was severely lacking in vibe at that point.

I drove to Austin for South By South West and the car broke down in the Texan desert. I had a car for 10 days. I felt good on the inside for those 10 days. 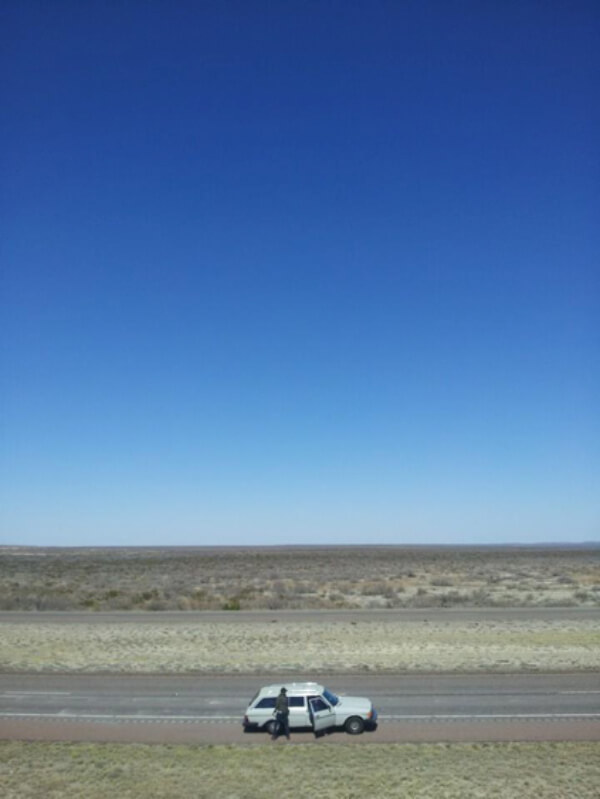 When I arrived in Nashville I was exhausted. Physically and emotionally.

After a wild SXSW which included the vehicle calling it quits – a four hour wait for a tow truck – a three hour tow to Odessa – a fourteen hour solo drive in a rental car to Austin – an arrival into Austin as the sun was rising – sleeping for three hours on a friends floor – playing an morning show for Sounds Australia – doing a great job of pissing off loved ones back home – drunk Austin man running down twelve or more people, killing a few – some very low grade Texan latte powder – hot nights sleeping on hot carpet – surrounded by thousands of people, and handful and incredible friends but still feeling alone – another twelve hour solo drive to Nashville. Yeah I was tired. The hero leaves home. Trades in love, support and comfort for the adventure. Don’t do it. Actually do whatever you like.

I was living in a log cabin not too far outside of downtown Nashville. It was approximately 150 years old and it was very beautiful. However I didn’t have a car (any longer) and definitely felt isolated. It could have been worse.

I was as focused as I was capable of being. Which proved difficult with one of two housemates running a waxing business out of the cabin, the room next to me to be specific. Her name is Alyssa. She’s in the thank you notes. Across the hall from me a girl from LA had moved in to get out of her LA life and settle down in beautiful Nashville to write her next album. She liked getting high. Lots of the yanks did. Which makes them generally pretty easy to get along with. Jenny is a great musician. I must say, despite being a couple of kooks, both of those women, Jenny and Alyssa were really good to me. They really looked after me.

While in Nashville, with my little recording set up, in a log cabin, with the recently bald genitalia, and the pot, and my shorts, I wrote heaps of great songs. LA and Austin were brief stopovers in comparison to my time in Nashville therefore I had more time to ‘reflect’ (lol) and that spawned many songs. ‘All Roads Lead To You’, ‘Iron Cross’ and ‘Sandy’.

Also, whilst in Nashville I co-wrote the song ‘If You Come Around Tonight’ with a local songwriter Tofer Brown. It is a simple song. When co-writing in one day it is very difficult to leave the room with anything but a simple song. As you can probably imagine.

I also wrote many other songs that didn’t make the record. But they’re still sweet. 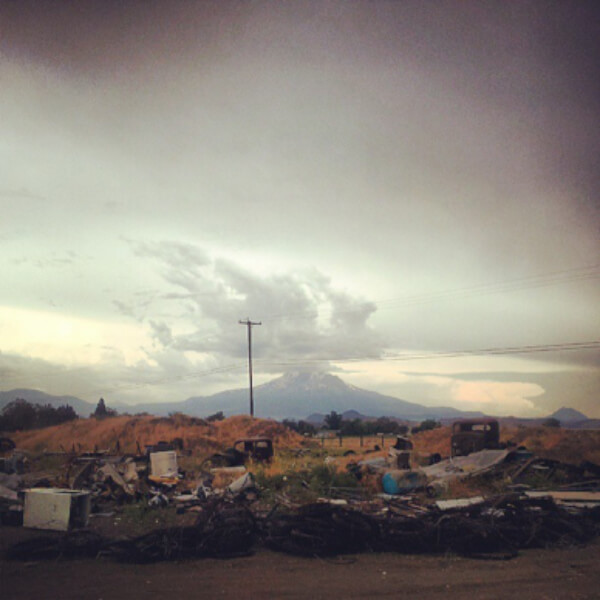 Mum and son on a Sunday. The day o rest. The night prior some girl flashed her breasts to the greater populous at a bar I was at. I remember that well as it was first boobs I had seen all year. Thanks lady.

Here are some photos I bought from a flea market in Nashville. I think they are funny, sad and romantic. 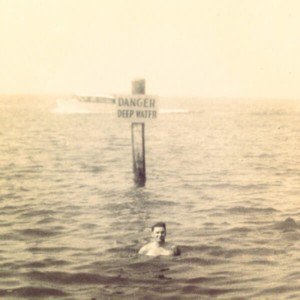 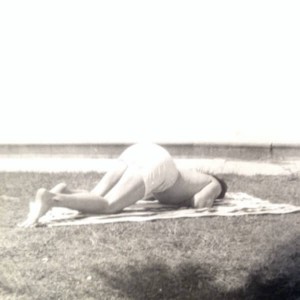 I took a little holiday to NYC to catch up with good friends before heading home. I wrote with a New Yorker named Bruce Brody. Bruce is an excellent piano player. The coolest thing about him is not that he is mates with Bono (I have no Bono issue), it’s that he was in the Patti Smith Group. In fact, he wrote and played the piano intro on ‘Because The Night’ (Bruce Springsteen wrote the song but this Bruce wrote the line). 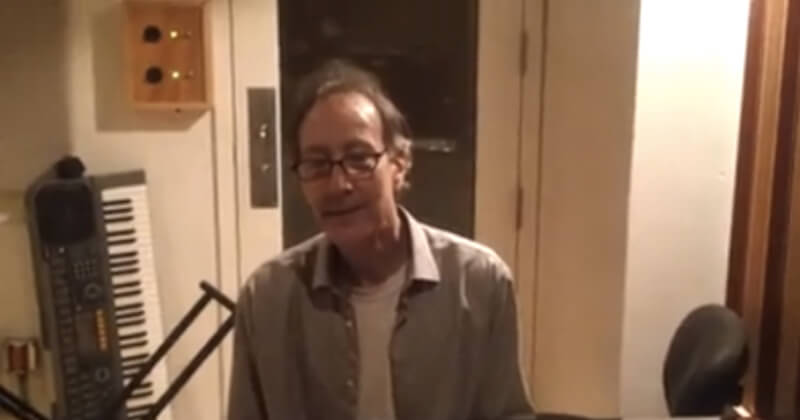 Anyway, I wrote the lyrics to what became a song on the record ‘Let Me Be Him’ on the subway. I wrote those lyrics on root (HAR HAR) to his studio on Wall Street. The whole thing as you hear it, or as you will hear it, no edits, start to finish in 10 minutes. One hand on my iPhone the other holding on for dear life. Bruce is a good guy.

I’m fairly certain I had a wonderful time in the states. I was surrounded with really good people who really cared about me. I wrote the songs I needed to write. Self-sabotage ran its course. The hero left home and was more than ready to return. In an incredibly unheroic fashion.

Did I mention that I wrote and recorded demos for 45 songs for this album? I did! Four of them were written in the week of my arrival home. ‘I Don’t Really Want To Know’ ,‘Can’t You Feel My Body’ and ‘Catherine’.

WHEN WE TALK ABOUT LOVE – ALBUM ARTWORK

Harry Underwood painted the album art. And the single art. I used to wake up late. My house mate Alyssa would drive us to Mas Tacos, a Mexican restaurant in East Nashville. We’d listen to Harry Nillson in the car. I first saw Harry’s art at Mas Tacos. Someone had stuck a promotional post card of his near the counter. I was charmed. I thought the artist must have been some pop artists, from the ’60′s. Turned out I was incorrect. I went to the restaurant some more. I eventually asked to see the post card up close. Wrote the artists name down. Harry Underwood. Looked it up on the Internet. Turned out he was from Nashville. Turned out my friend Elizabeth knew him. She’s a painter too. She introduced me to Harry. Harry invited me out to his home studio in Springfield. An hour out of Nashville. He made me, Elizabeth and her bloke Patrick iced coffee. Good stuff. He generously agreed to let me have his painting on the cover of my album. At that point I was writing it. Harry is a lovely guy. Talented as hell. You can look at his website and buy his paintings which is pretty cool.Artbyharry.com. Thanks Harry. Alex.